ADVGame is a CPA platform for promoting online games. The service combines interests of advertisers and webmasters. The project is a division of KOKOC GROUP.

While working on the project, our main task was to restyle the user interface, but retain its recognizability. ADVGame is a longstanding platform, known in the CPA world, and has its regular visitors. You can see how we did it here.

In addition to the interior, we updated the logo and website, which will be described below. 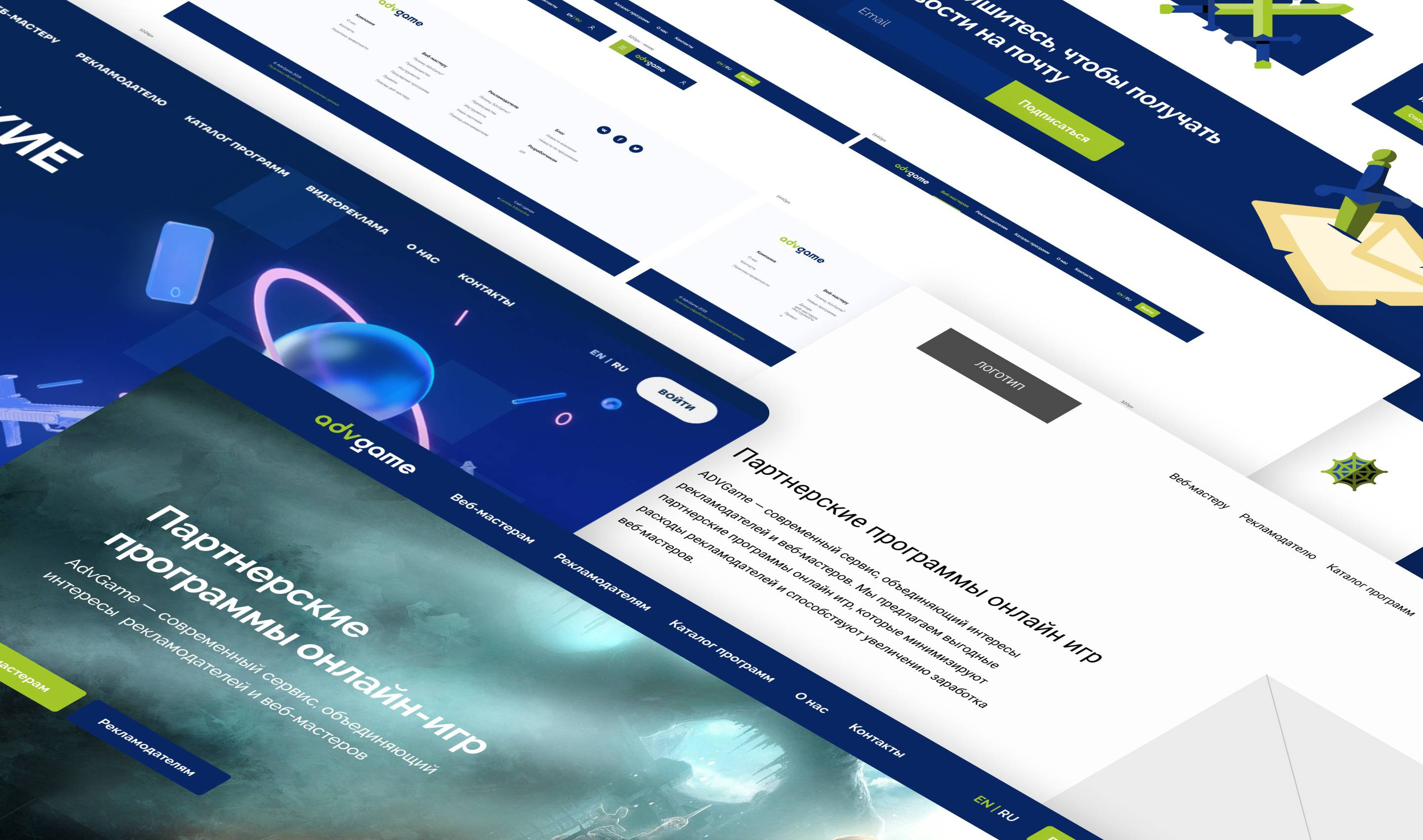 The client did not limit us in any way in the choice of colors, fonts, stylistics, illustrations. Our designers began by studying what was there. The main character of the site was previously a beaver with a SEGA joystick in his teeth. The design was dominated by bright, even childlike colors, with abundance of white and many wide canvases in texts.

Originally, the stylized beaver was planned to be used as a logo. Perhaps the design would have been different then. But we made the logo simple and with no animals. So the site turned out the way you see it. 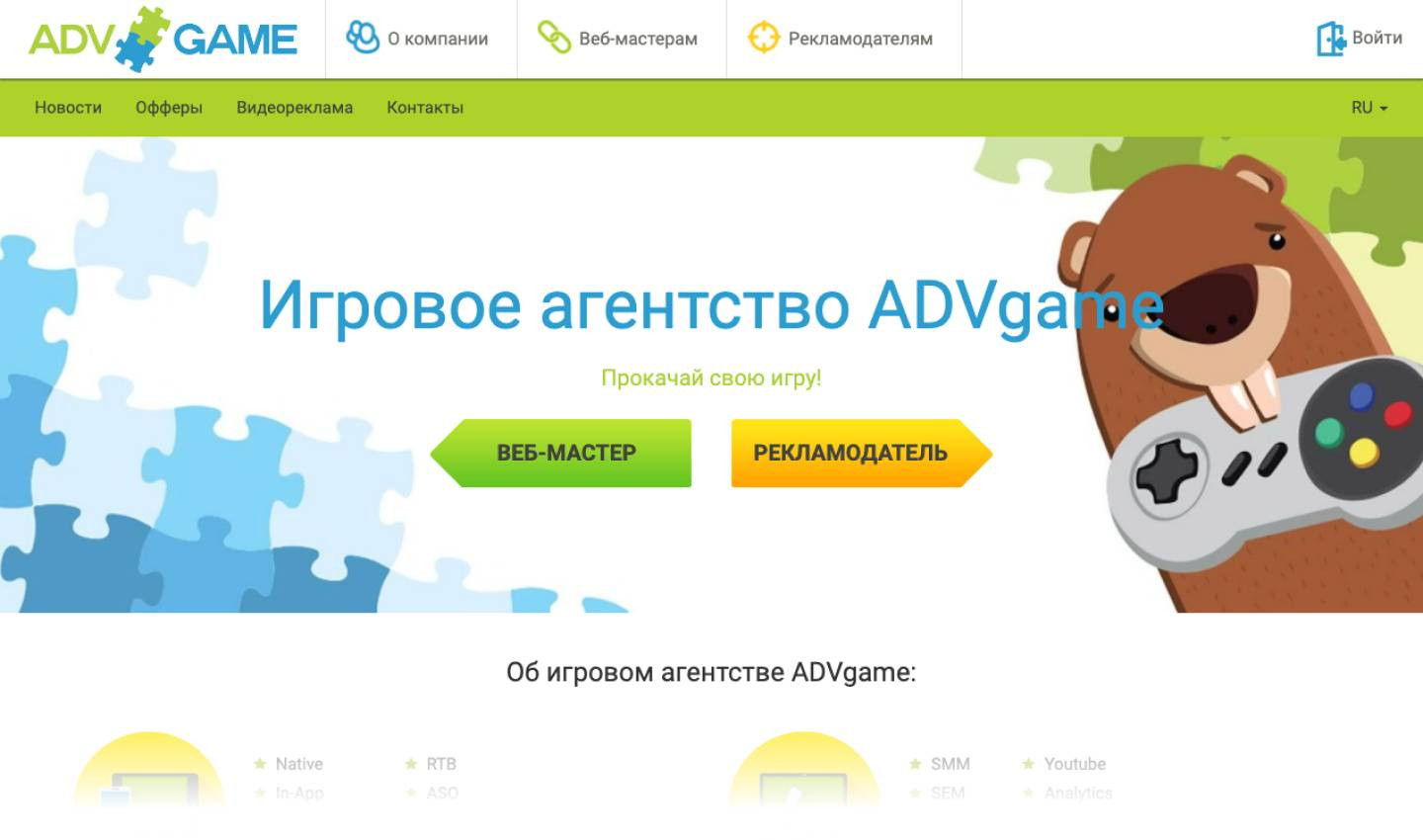 Since we took the preliminary structure from the old site, we went straight to prototyping. We collected a couple of dozen wireframes: from the main page to the usual text page, agreed with the client on the placement of elements and began to UI. 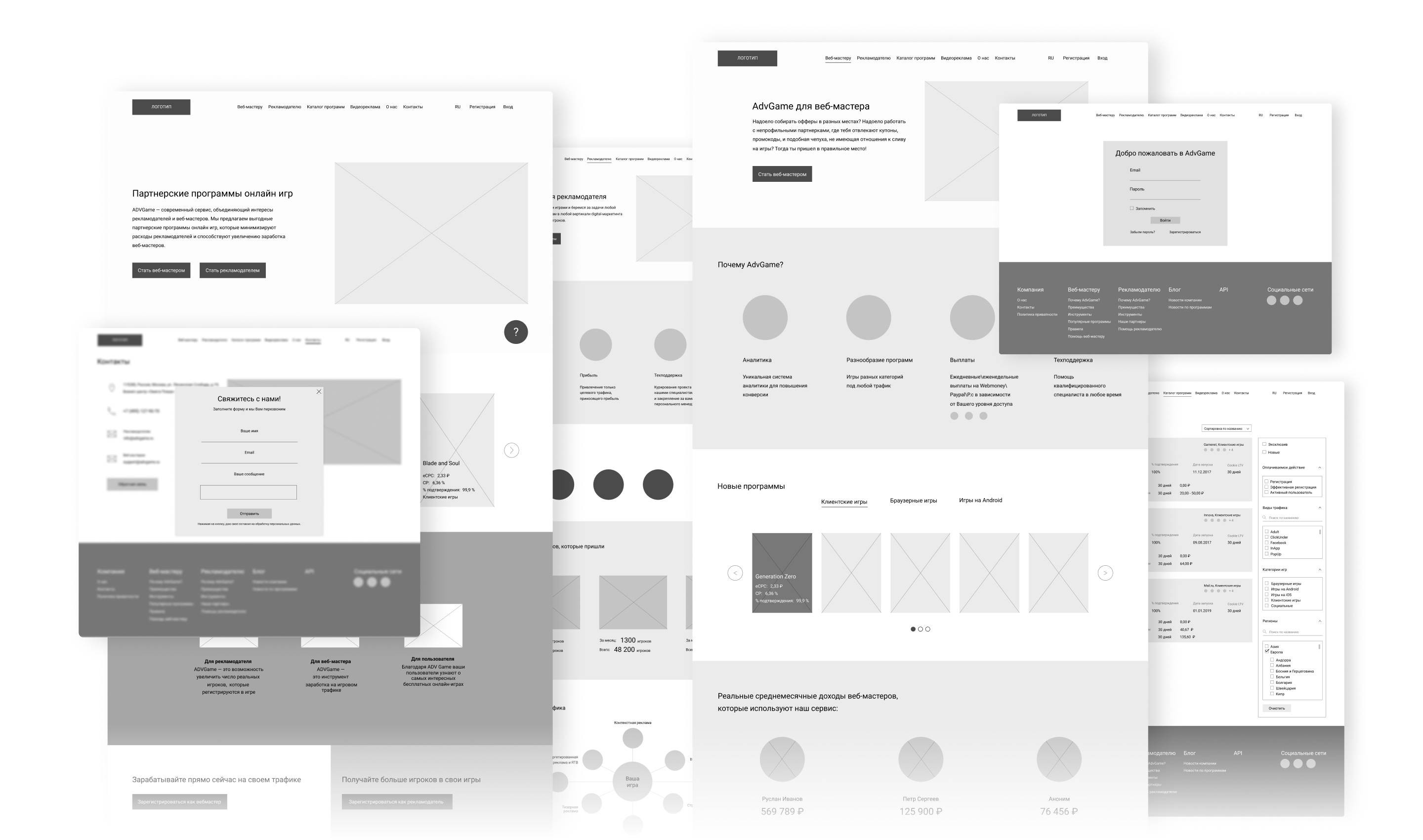 The first version of the design was dominated by three-dimensional illustrations, gradients, animations. Our art director was delighted, which cannot be said about the client. That style seemed too bold and incomprehensible for the target audience. In addition, according to the client, the illustrations were not quite combined with the new identics.

The project passed into the hands of another designer, and the first version of the site went into the archive of good attempts. The new web-designer approached the task from the other side. He initially thought over the style of illustrations, which were consistent with the new logo and could be liked by the client. The main idea was to use a fantasy, with magic, swords and knights. 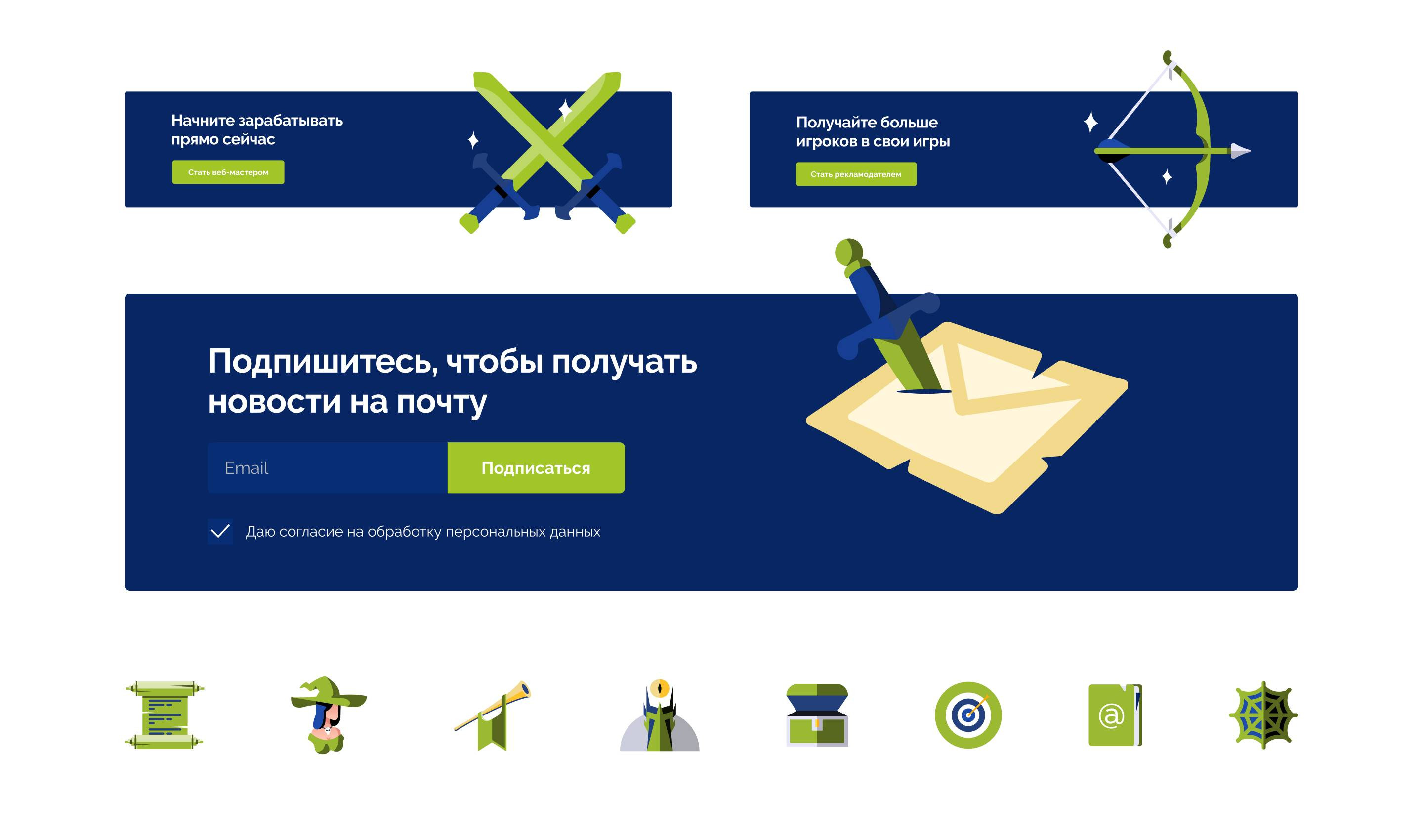 The client accepted the concept without any objections and our design team continued the work by pre-assembling UI KIT and the necessary components.

In total, our designers have prepared more than 20 unique web page templates for the project, created the home and webmaster and advertiser pages.

The project concluded with the preparation of e-mail templates for desktop and mobile devices. 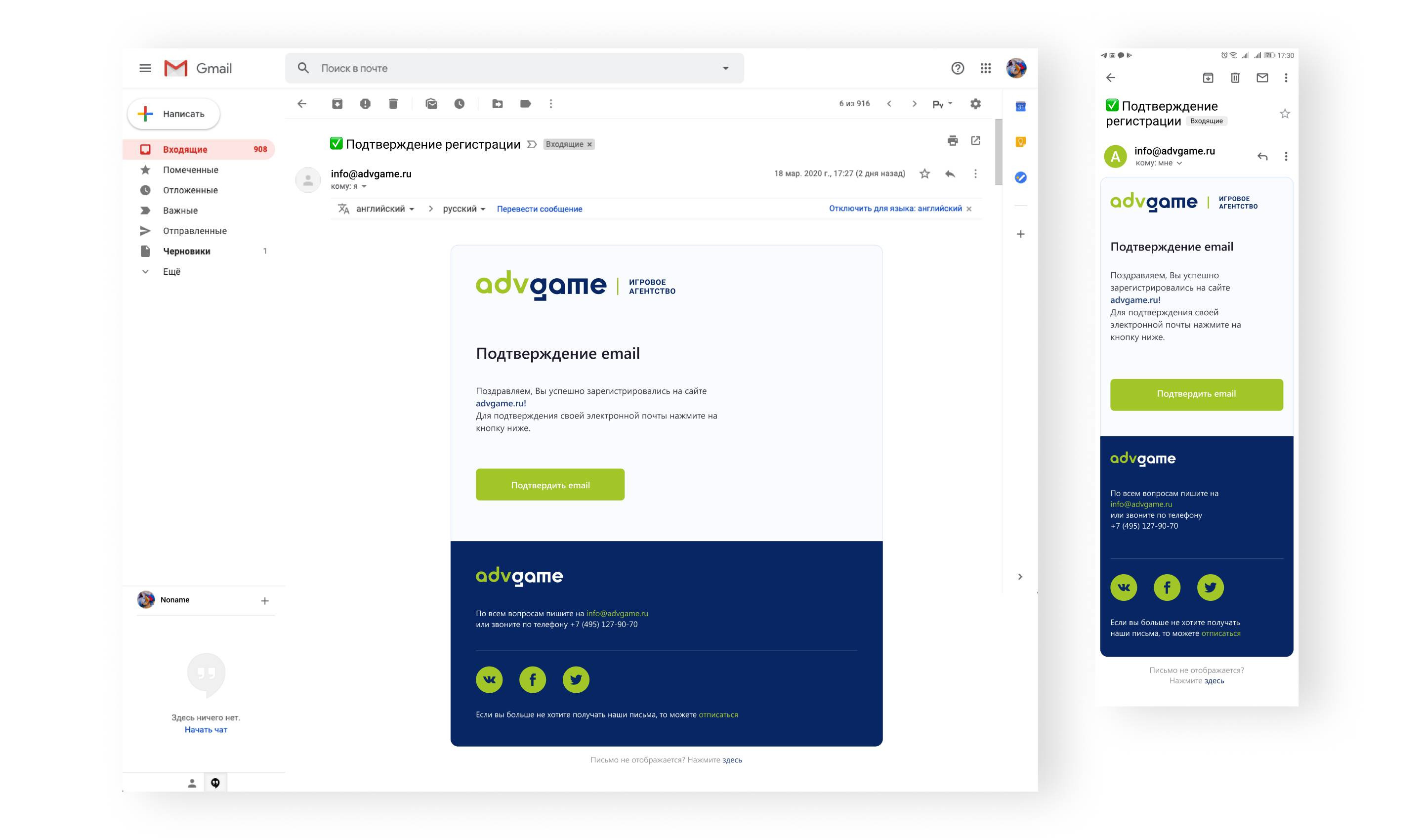 It is for you to decide whether design has changed for good or not.