Profitator is a boutique advertising agency that builds online marketing on the existing business processes of the client's company, creating new processes. The project is a division of KOKOC GROUP.

Working on such projects is a special kind of design art. The fact is that there are many advertising agencies on the Internet, and to stand out among them is a difficult task. But ideas of "cursor masters" are not limited by anything, it’s pure creativity. 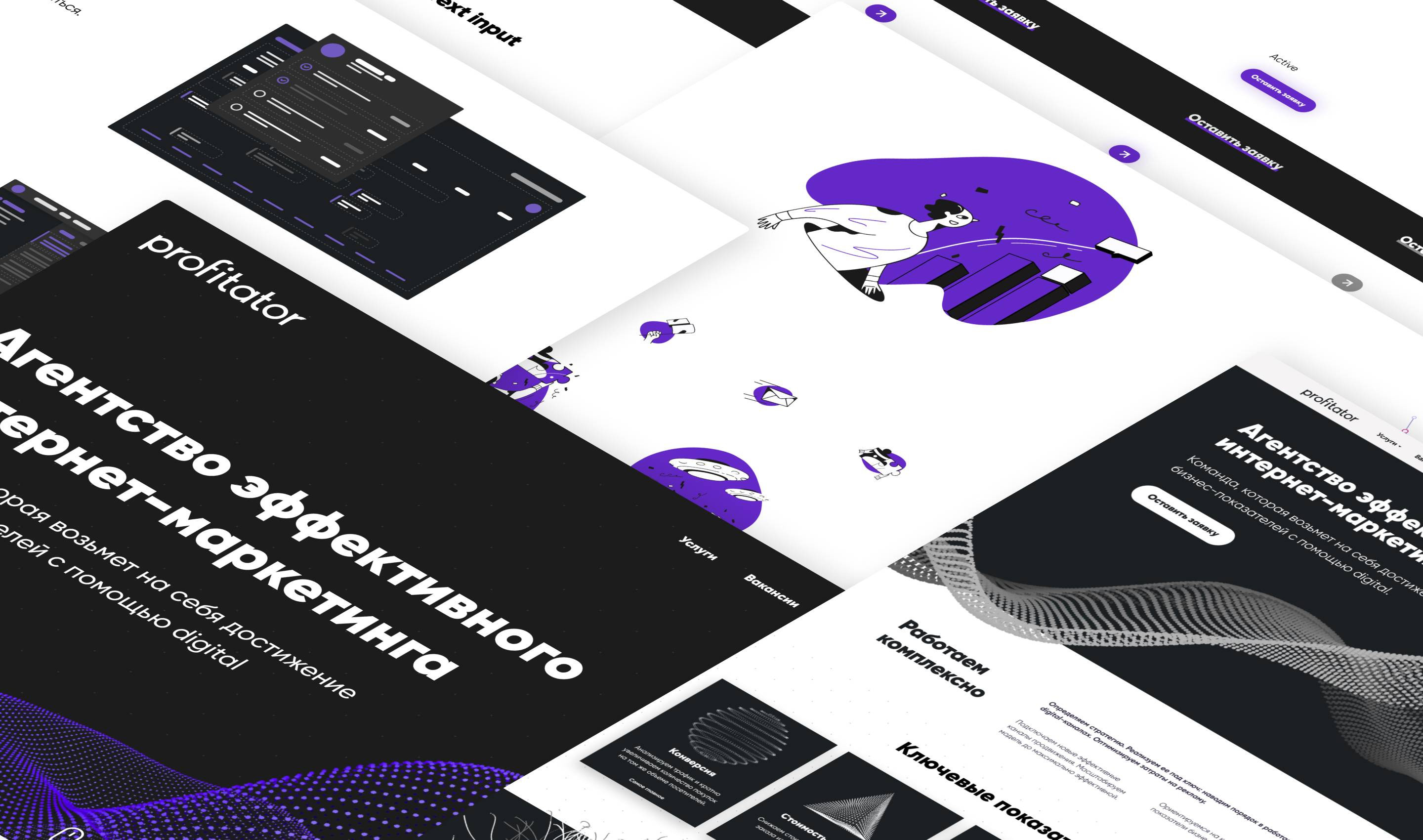 Initially, our UI/UX specialists went the easy way and picked up vivid, but familiar illustrations for the design of pages.

The first variant of visualization represented two-color images with bright bubbles on a background. There were also flying saucers and humanoid characters. The second version of the illustrations had more colors, but was more calm in tone.

When the versions were shown to the client, they were immediately rejected because they seemed too frivolous. The company's clients are large and serious companies, they could have been scared away by “funny” design. 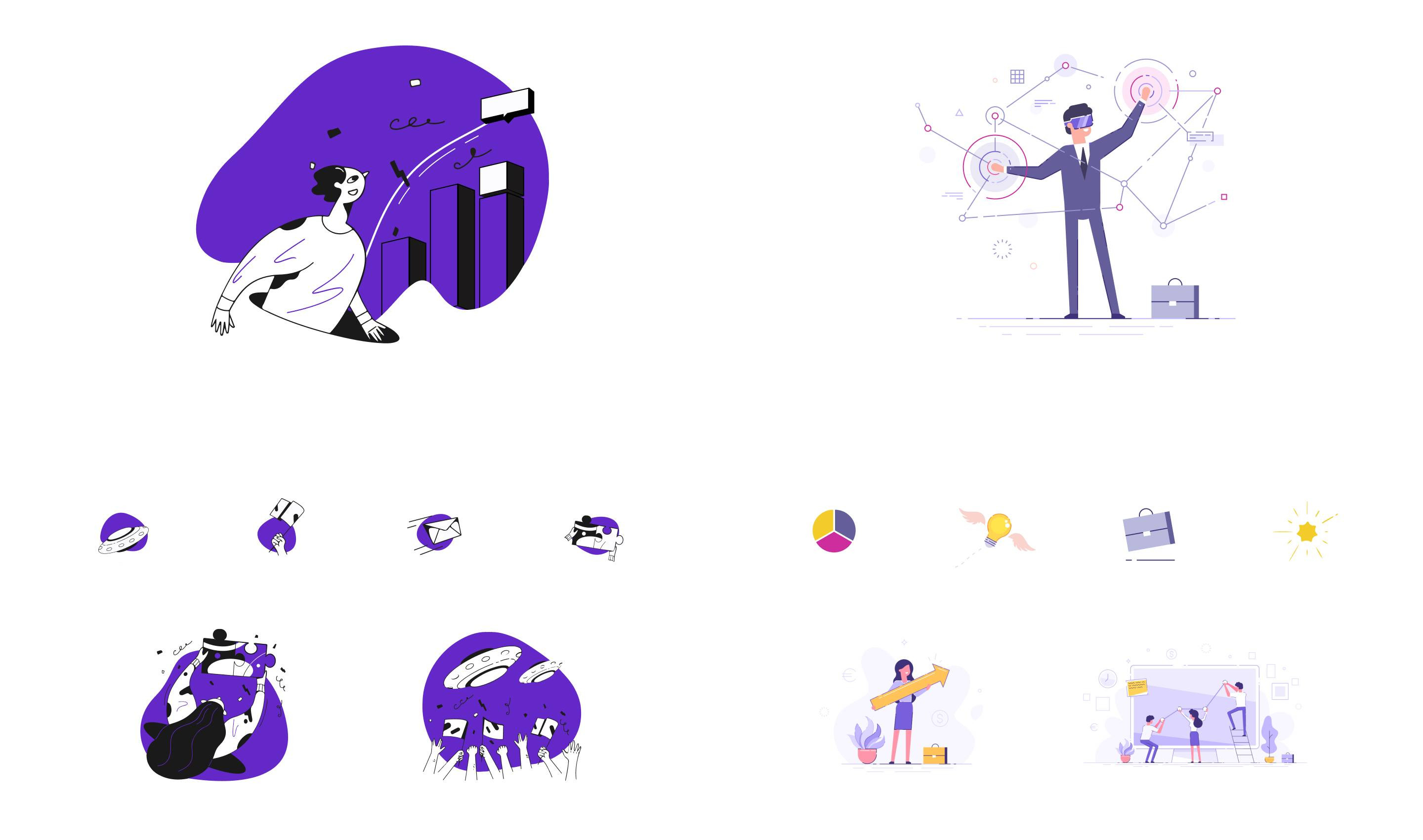 The second approach was more successful. We chose abstract forms to depict Profitator's activities, and we rejected colour at all.

According to the designer's idea, the forms had to be made of dots, animated and voluminous. As references for visualization we chose space shapes, black holes, star systems.

These forms defined the basis for the future site. The client only asked us to add a signature color.

The front-end department was able to animate the designer's idea, and the site came alive.

To create the internal pages of the site, we assembled UI KIT.

When the concept and UI constants were finished, we started to design a lot of internal sections and their adaptation for mobile devices.

The final step of work on the site was drawing forms, OpenGraph images, favicon, service pages. 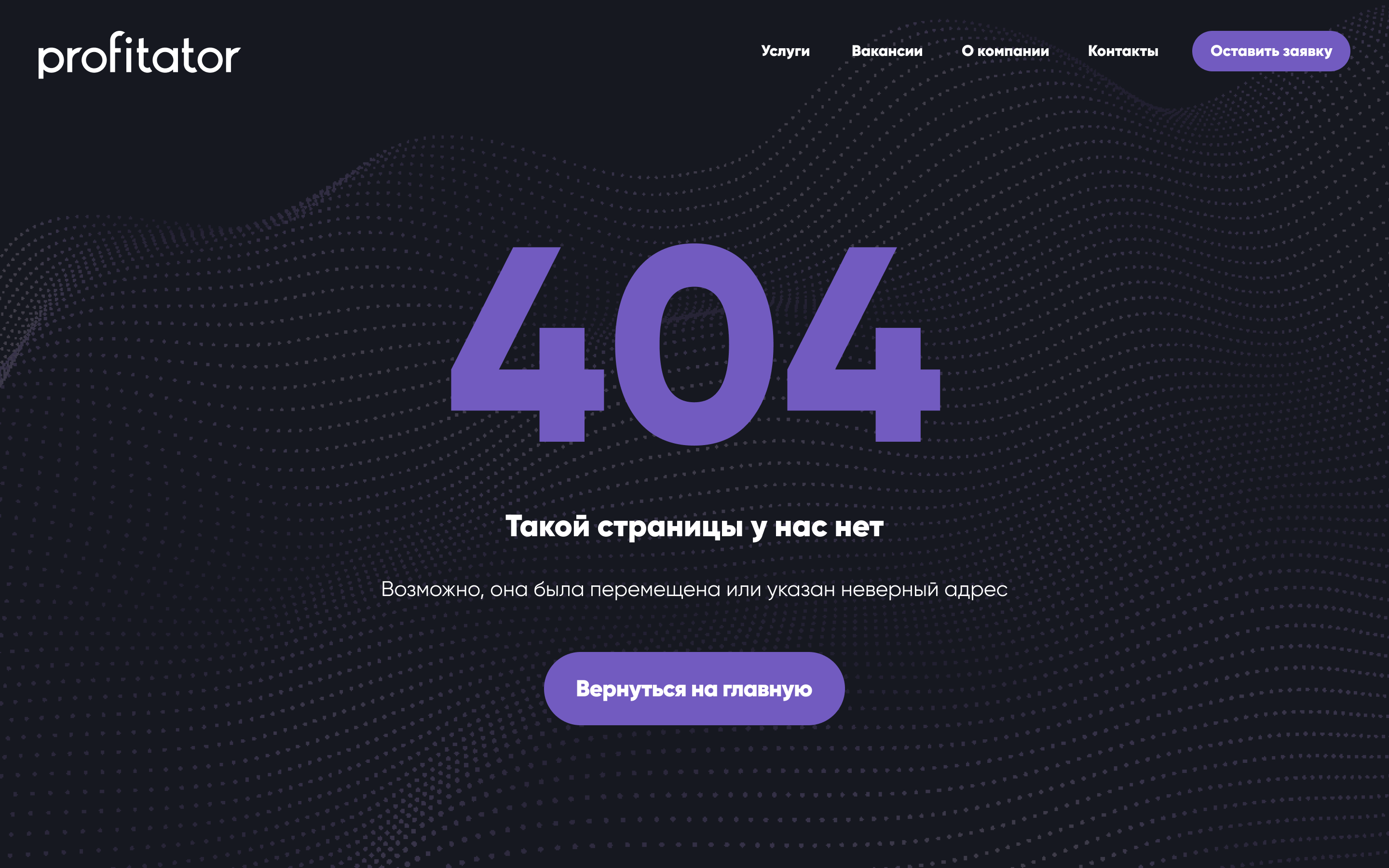