EL-Market is an insurance aggregator that allows you to compare and buy insurance products online.

We made the site and interface for EL-Market. In this case we will tell about how we developed the design of the site. 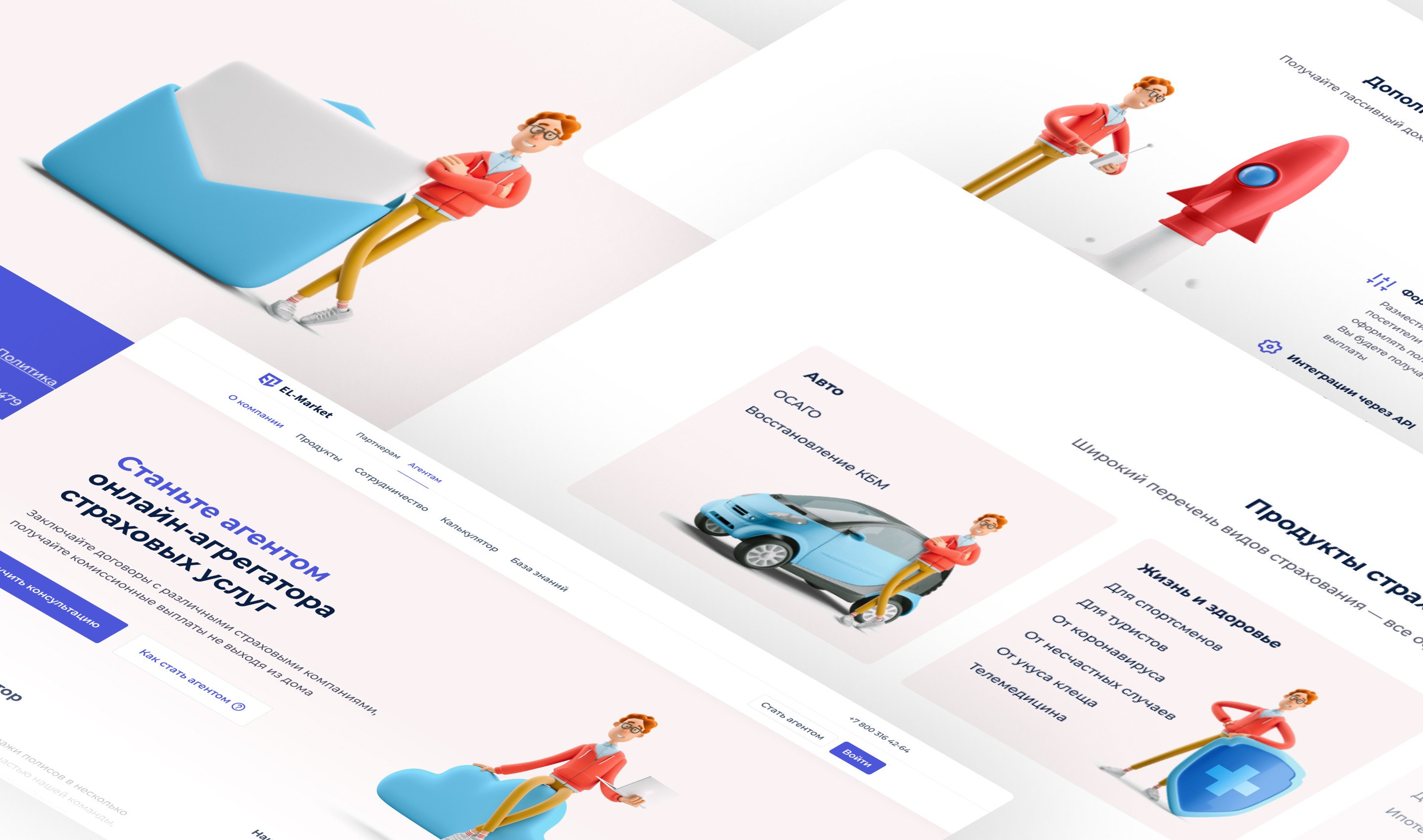 Having received from the client an introductory, approximate structure and studied the problems, we began to work out the Wireframe — a simplified representation of the site pages, in which the emphasis is placed on the structure and navigation. 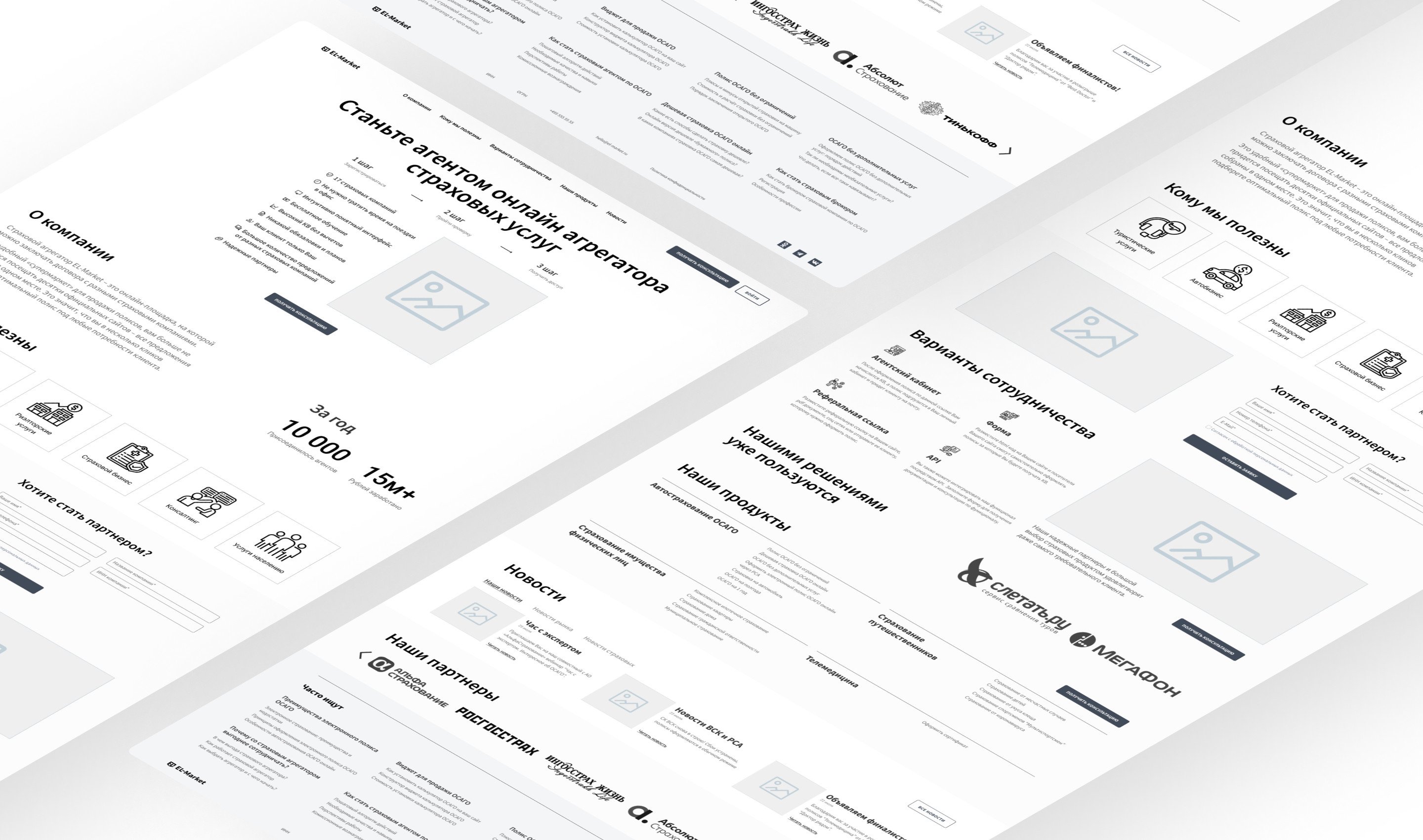 The client told us that under no circumstances should we involve ordinary agents, i.e., we should focus only on businesses.

After agreeing on the Wireframe, we suggested different variants of the home page and settled on a variant with illustrations of friendly three-dimensional people.

But it wasn't all that easy. The client's representatives could not agree between themselves on who they want to attract to the site — only legal entities or individuals, too.

As a result, we took the initiative and developed a new concept, where there are two separate pages: for attracting individuals and for attracting legal entities.

We agreed on new wireframes and moved on to the design again. Taking the previous design concept as a basis, we developed a new layout for the home page. The client was satisfied.

After that, the work went easier. We have prepared the UI KIT, as, indeed, for any of our other projects (for us this is the gold standard), displayed all the repeating elements and styles.

The final stage of development was the assembly of the mobile version of the site, which is no less friendly and pleasing to the eye than the desktop version.

Users are greeted by the same friendly three-dimensional figures that motivate them to sign up for the service. 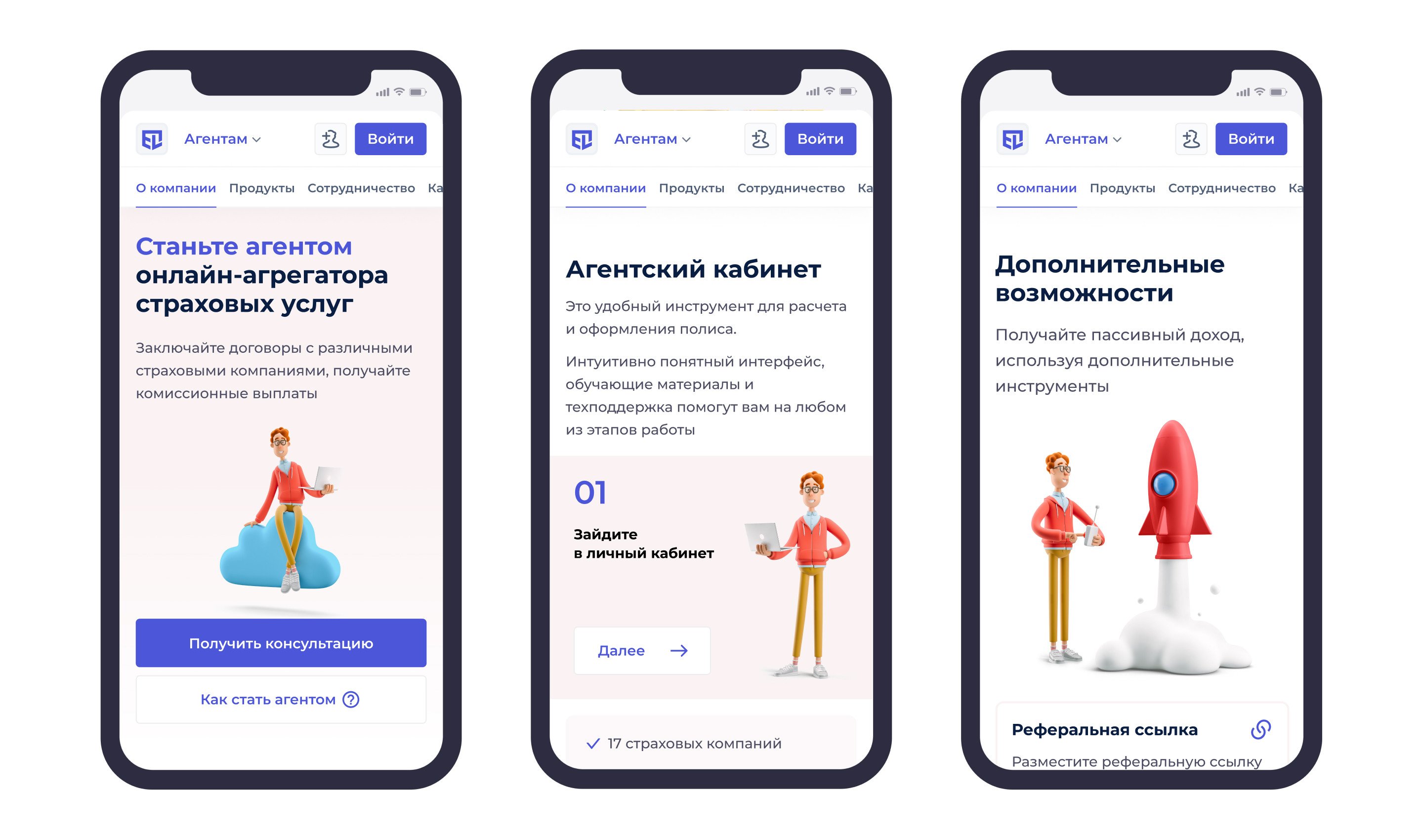 On the whole, the project (interface development + website design) took 685 hours of our specialists. This project lasted eight months, from June 2020 to January 2021.