Kommersant Publishing House is one of the oldest publishing houses and one of the most authoritative and influential media structures in Russia. Since 1990, it has been publishing the Kommersant newspaper, the first private business publication in Russia.

A new subdivision "Universitet" was launched on the basis of the publishing house. Its activity is focused on training for owners and management of companies in marketing, HR, etc. Experts from the world's largest companies and university professors act as teachers. The price group is above average. Term of training - short, for busy people who have little free time.

The objective was to develop a landing page for the pilot course "Human Capital Management: Innovations and Best Practices", the design of which will form the basis of the future site of the "Universitet". The client already had a landing page created directly on the website platform of the publishing house, but it was not attractive enough and did not allow it to separate from the parent company.

There were some limitations in the work:

We decided to make a landing page at Tilda Publishing: on this platform you can quickly build a landing page, easily set up adaptability and add simple animations if you need them.

It's not the first time we create sites on Tilda Publishing. For example, the "Marketprovider" project is part of the "Made on Tilda" collection.

Tilda Publishing is a block website builder that does not require any programming skills. It allows you to create websites, online stores, landing pages, blogs and email newsletters.

Since the time of project development was very limited and the task was very important, we decided to involve two designers under the guidance of an experienced art director.

The first variant was ready on the second day after setting the task. The designer experimented with the grid and typography. It was also suggested to use round buttons. But the art director rejected it and suggested to think over another concept.

The second version was made with the use of illustrations designed to explain to the visitor the essence of the project. We decided to hide the menu in the "burger" icon. This proposal seemed to be too playful and did not reach the target audience of the project.

Another difficulty in working on the project was that the client wanted to make changes to the content if necessary, which limited us in using Zero blocks in the project. After all, changing them could affect adaptability.

Zero Block Tilda is a format for professional designers that allows full editing of all site elements.

Partly because of this limitation, we decided to prepare a third version of the site, which became a release. There are almost no Zero blocks in it and the client can easily make changes to the content, add and delete speakers, adjust the program, etc.

Our art director and client are happy with the result, the client even wrote a review about us on CMS Magazine. 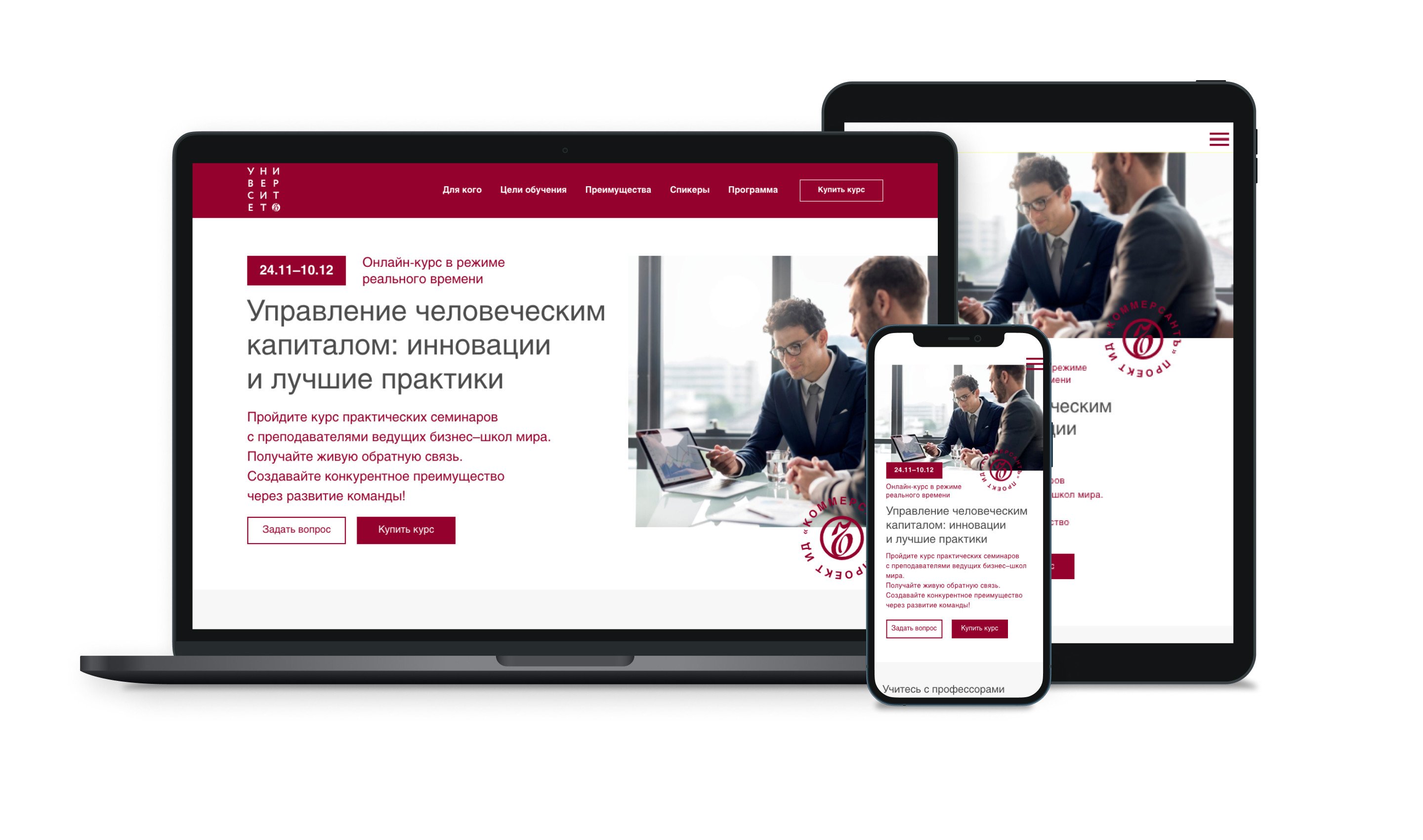